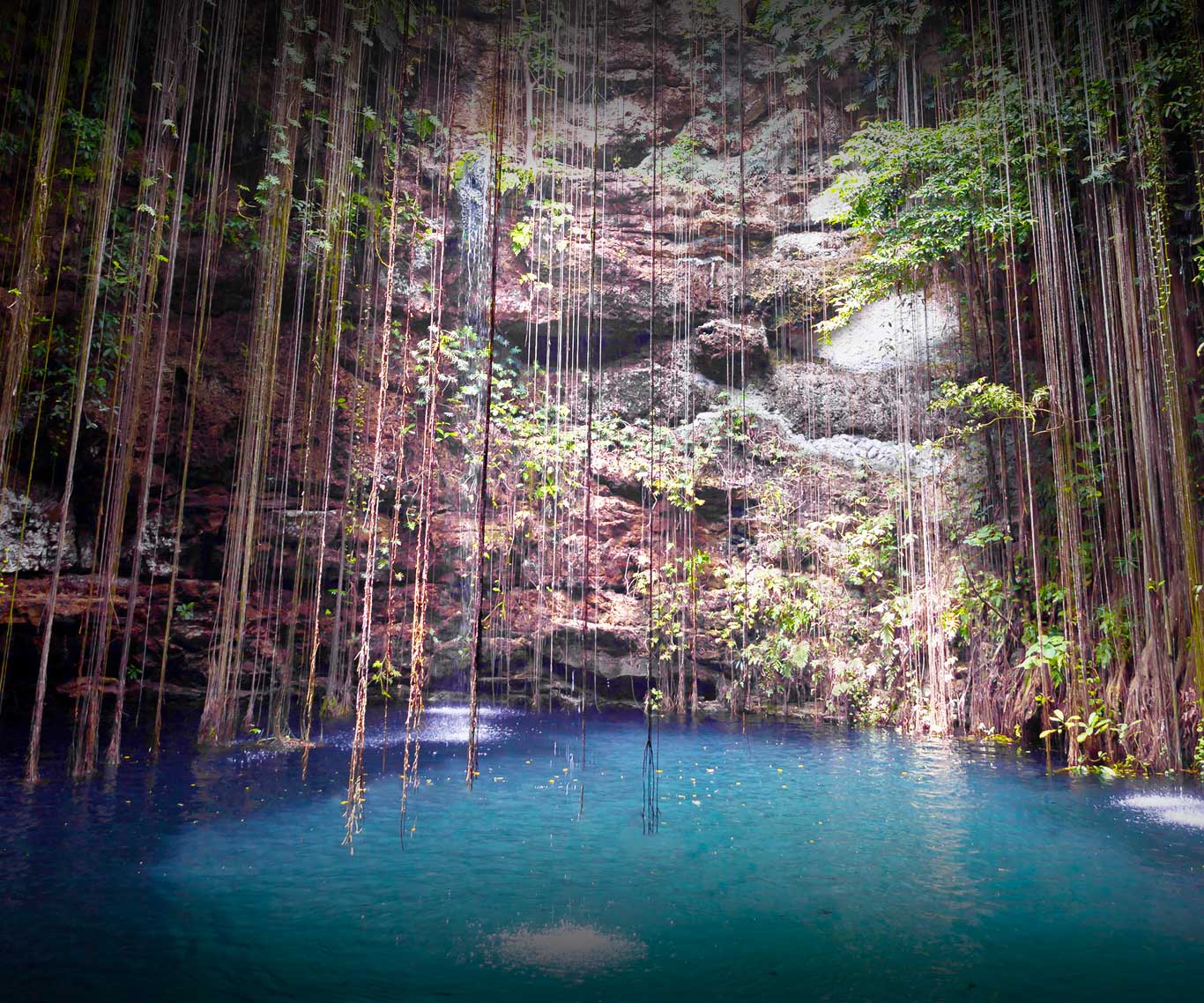 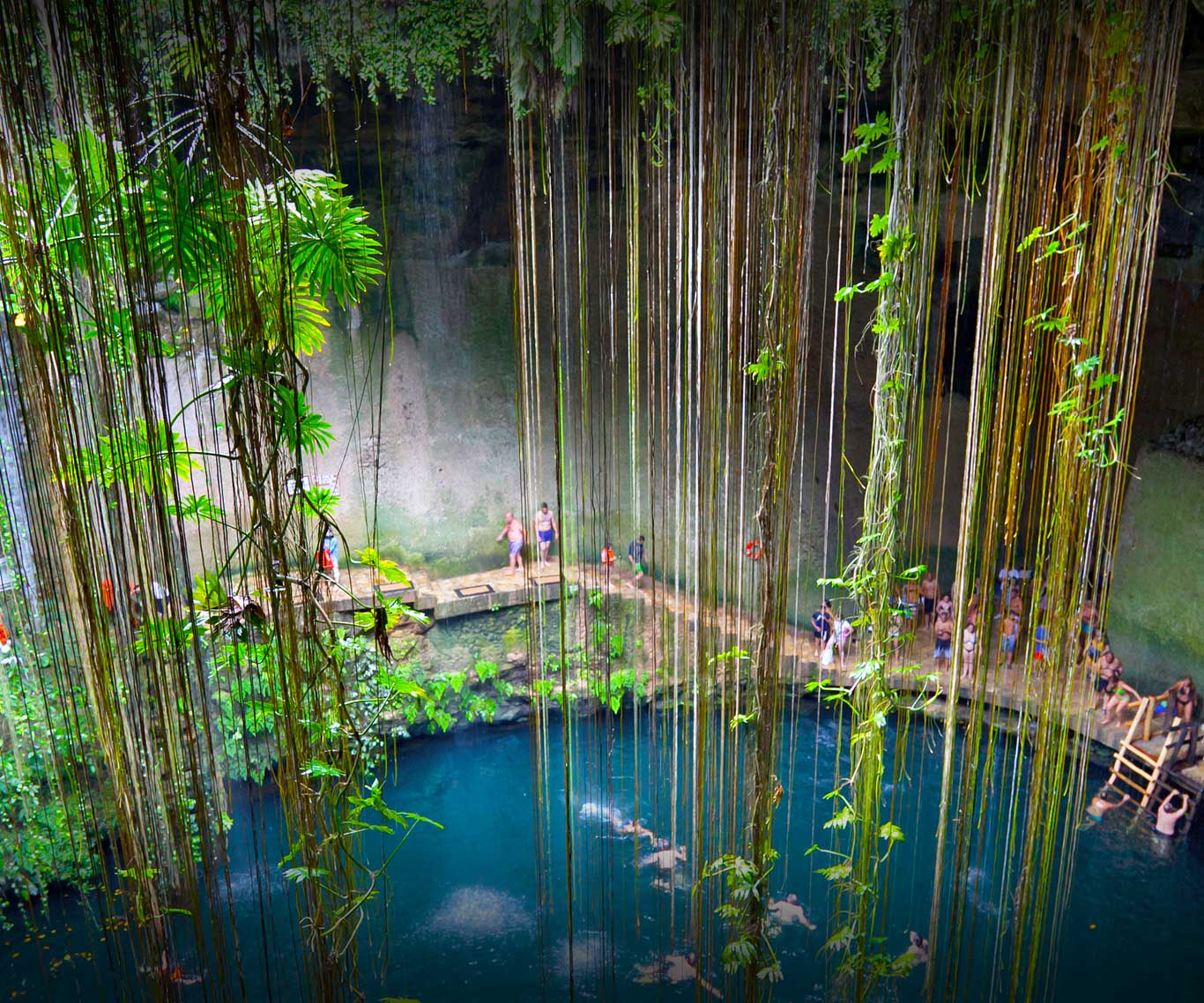 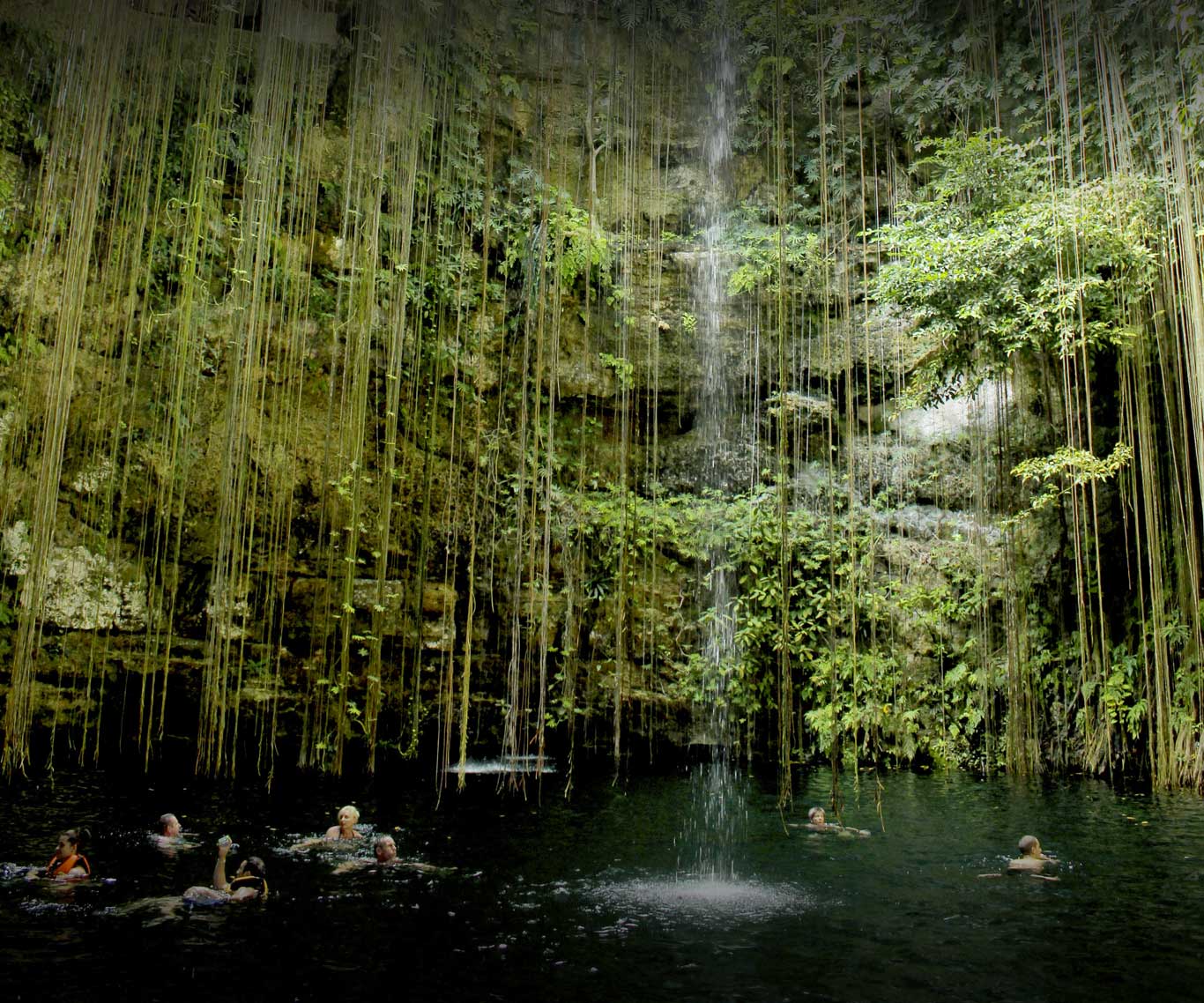 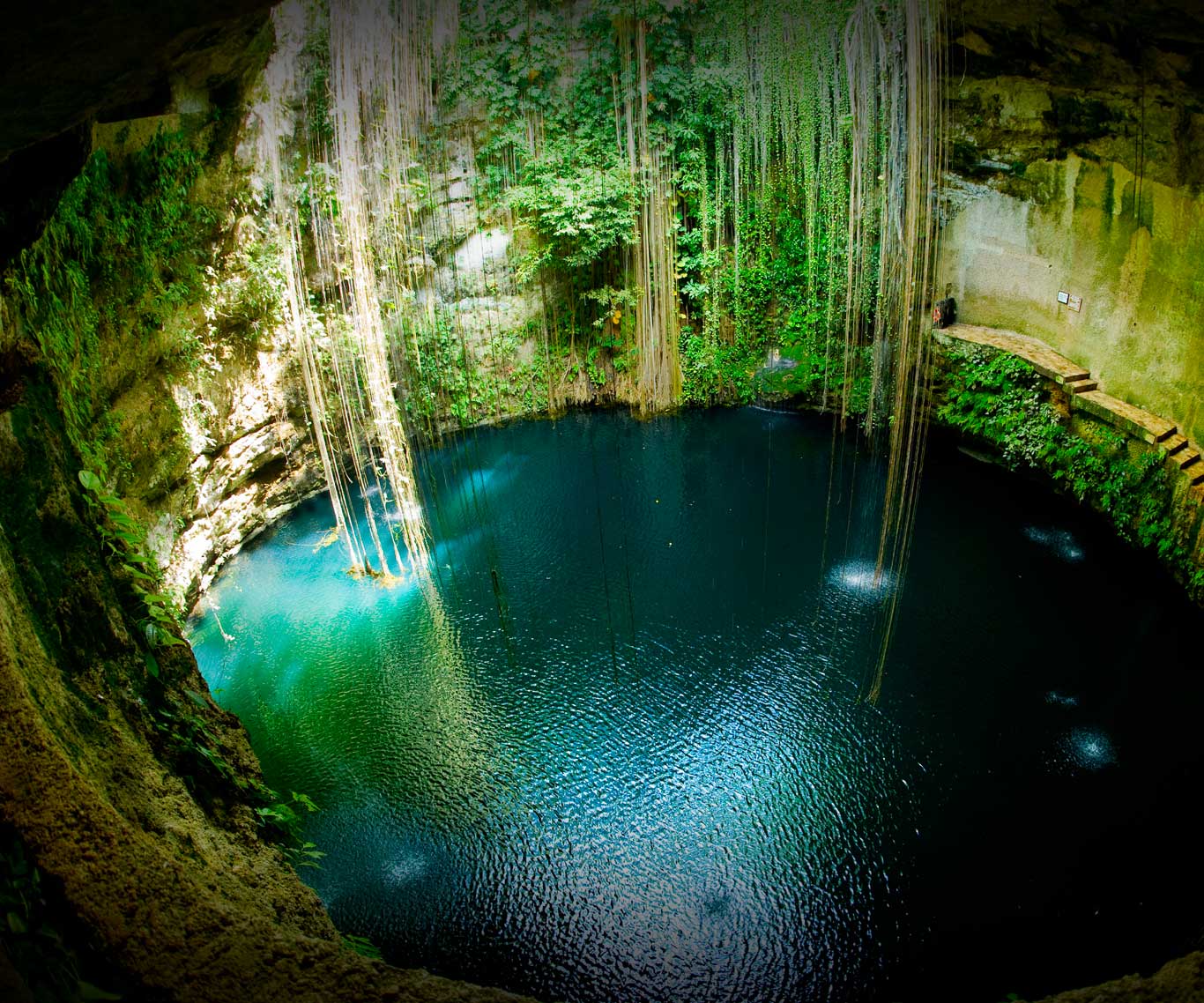 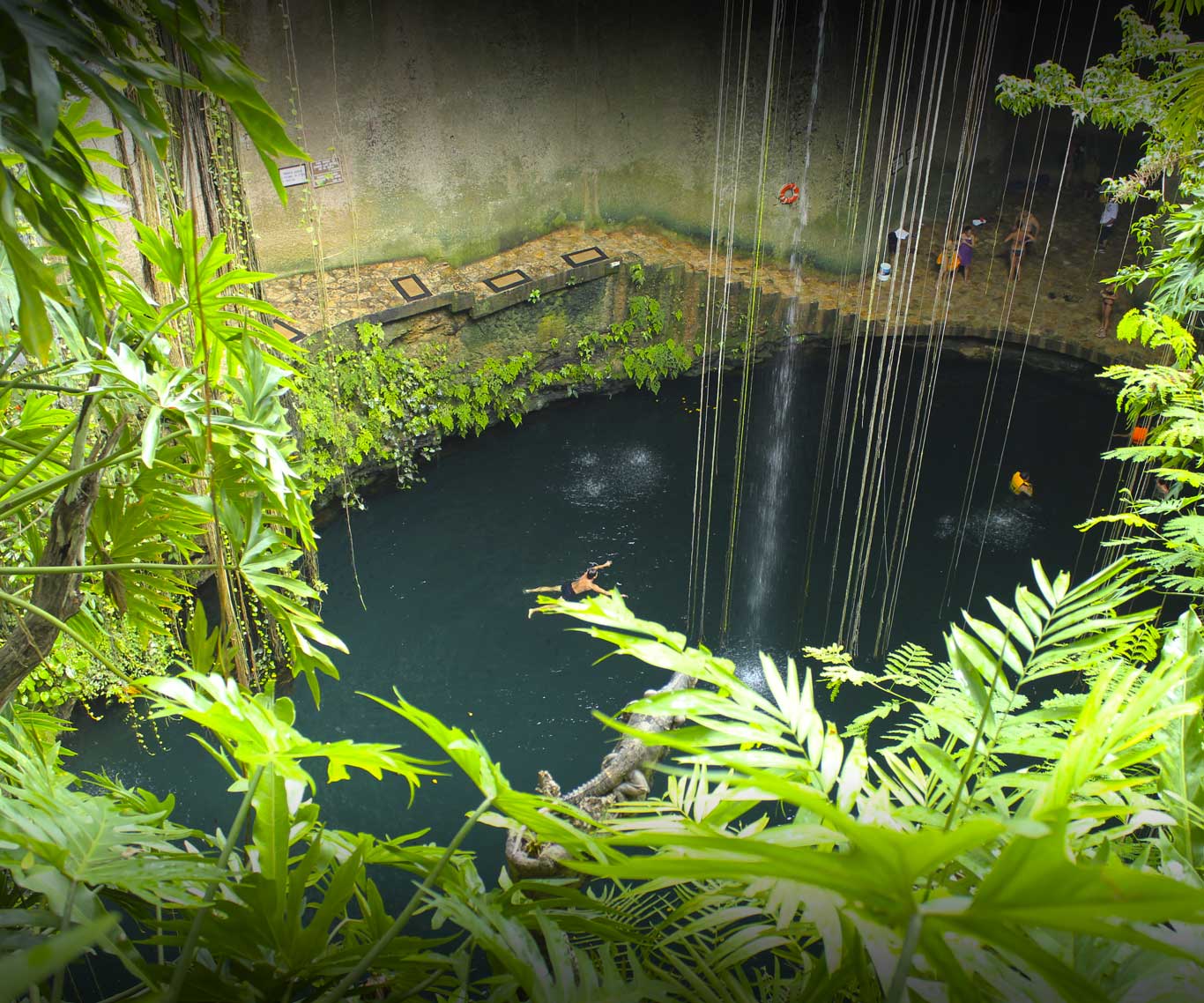 Discover Why Cenotes Are so Impressive on the Yucatan Peninsula

The word Cenote comes from the Mayan dzonot, which means cavern with water.

Cenotes were sacred places for the ancient Mayan. They were recognized as symbols of life and death because they provided fresh water, and it was believed they were the entrance to the underworld.

In the Yucatan Peninsula, there are between 7,000 and 8,000 cenotes. Recent discoveries confirm that many of them are interconnected below the surface, forming a vast underground river system that reaches the ocean.

Certified scuba divers have explored many of them and had found pieces of jewelry, bones, and pottery, which confirms their importance as Mayan ceremony places. Also, they discovered remains of species that lived thousands of years ago, such as giant anteaters, or ancestors of horses.

Cenotes are also peaceful havens. You will love their calm waters and fresh environment! Plus, they are perfect places to take a picture in and share it.

Cenote Zací is in downtown Valladolid, just a few blocks away from the main square. It’s also where the tragic love between Zac-Nicté and Hul-Kin grew, a story you need to discover when visiting the cenote.

This cenote is one of the biggest sinkholes in Yucatan; the cave's roof is 85 ft (26 m) high, while its depth reaches 262 ft (80 m). Cenote Zací in Valladolid is home to several bird species and has stalactite formations. When the sky is clear, sunbeams light up the vault’s interior and the water turns turquoise, you can even see some fishes!

The Sacred Blue Cenote at Ik Kil is only 2 mi (3 km) away from the Chichén Itzá archaeological site. It’s an open-air cenote that the ancient Mayans considered sacred and where only the royalty had access to it.

It has an almost perfect circular shape and is surrounded by lush vegetation that helps to create a magical atmosphere as you descend inside. The crystal clear waters with a depth of up to 130 ft (40 m), allow you to watch small fish and, with some luck, even tiny turtles. You can also dive in from a 15 ft (5 m) high platform.

By purchasing 7-20 days in advance your tour. It does not apply to combinations of two or more parks or tours.

By purchasing at least 21 days in advance your tour. It also applies on the purchase of combinations of two parks or tours.

On the purchase of combinations of three or more parks or tours.

Children from 5 to 11 years old. Kids under the age of 4 get free admission.